The Pendleton Act “to regulate and improve the civil service” was a wide ranging effort to reform and professionalize the growing federal workforce and combat corruption under the “spoils system.” First, the Act attempted to reduce the abuses of the political spoils system by required that covered federal jobs should be awarded on the basis of merit through the use competitive exams, not through political patronage. Second, the act prohibited the firing or retribution against covered employees for political reasons. Third, the act attempts to insulate covered employees from politics by prohibiting federal officials from requiring subordinate employees to make contributions or to provide political support. The Act established the Civil Service Commission to enforce the new protections and authorized the president to declare by executive order which federal jobs would be covered by the Act.

Background: The Act was sponsored by Senator George Hunter Pendleton, a reformer from Ohio. In July of 1881, President James A. Garfield was assassinated by a crazed, disgruntled, job seeker, Charles Guiteau who believed that Garfield owed him a patronage job for his support during the election of 1880. Following Garfield’s tragic death two months later, public anger over the corrupt spoils system provided momentum for the passage of Senator Pendleton’s act. The Pendleton Act was signed into law by President Chester A. Arthur, who appointed Dorman Bridgman Eaton, as the first chairman of the U.S. Civil Service Commission. 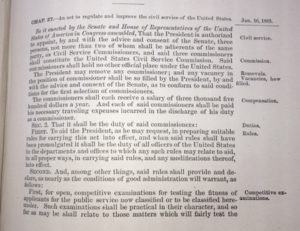 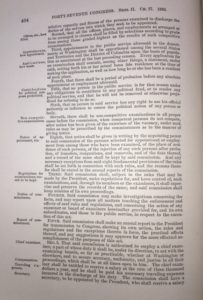 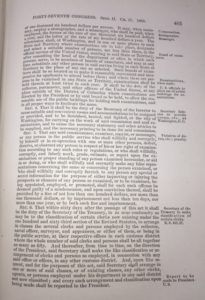 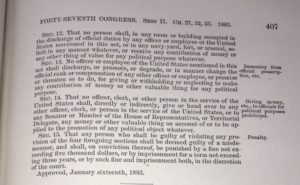 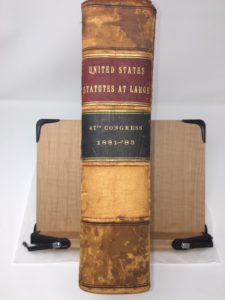 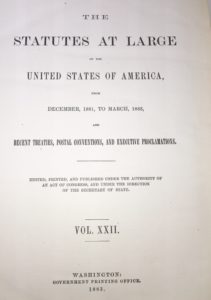