The Declaration of Independence lists the “causes which impelled” us to declare our Independence from England. Among the grievances listed by Thomas Jefferson was the Quartering Acts. The Third Amendment was specifically adopted to prevent the quartering of troops during peacetime.

The first Quartering Act was passed in conjunction with the Stamp Act of 1765. The second Quartering Act of 1774, which was part of the Intolerable Acts, was more draconian.  The first Quartering Act provided that England would attempt to quarter its soldiers in American barracks. However, if the barracks were inadequate, soldiers could be stationed in “inns, livery stables, ale houses, uninhabited houses, outhouses, barns, or other buildings.” The colonies were required to pay the cost of housing and provisioning the troops.

The second Quartering Act (of 1774) was one of several Intolerable Acts (referred to as the Coercive Acts in Britain) passed to punish the colonies for the Boston Tea Party and other acts of colonial disloyalty.

The first Quartering Act only applied to troops in settled areas, not in the frontiers. It did not obligate the colonies to build new barracks or authorize the quartering of troops in private homes.

The Quartering Act of 1774 further expanded the power of royal officials.  If “public housing” was insufficient, the colonies were required to take, hire and make fit for the reception of his Majesty’s forces, such and so many uninhabited houses, outhouses, barns, or other buildings as shall be necessary.

Background: The Quartering Act of 1774 expanded upon the Quartering Act of 1765, which had been adopted following the French and Indian War. The global conflict, also known as the Seven Years’ War, was largely fought in North America. When the long and costly war ended in 1763, France surrendered Canada and its vast territories east of the Mississippi River to England. British Prime Minister Pitt borrowed heavily, however, to finance the war and England’s national debt nearly doubled.

Rather than returning its victorious army to England following the French and Indian War, the Quartering Act of 1765 required the colonies to provide food and lodging for the British soldiers who would remain. By keeping British soldiers housed and fed in America, Parliament could avoid the cost of sending the army home. The army could also be used collect taxes and defend the new territories.

Opposition to the Quartering Acts and defiance by New York: Many opposed the Quartering Acts as an infringement upon local authority, taxation without representation, and a violation of the 1689 English Bill of Rights. The Sons of Liberty initially organized in Boston and New York to resist the Stamp Act, but also opposed the Quartering Act. In January 1766 the New York Assembly refused to comply with the first Quartering Act, requiring new troops to remain on their ships. As the primary port for transportation of British troops, and the burden to house and feed troops disproportionately fell on New York.

In response to New York’s resistance, Parliament suspended the New York Assembly by passing the New York Suspending Act (otherwise known as the New York Restraining Act) in July 1767.  [7 Geo. III ch. 59.] The Restraining Act also prohibited the royal governor of New York from signing any additional legislation until New York complied with the Quartering Act. In 1771, the New York Provincial Assembly ultimately allocated funds for the quartering of the British troops but remained defiant.

Click here for a link to the Quartering Act of 1774:

Click here for a link to the Quartering Act of 1765: 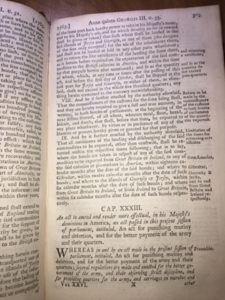 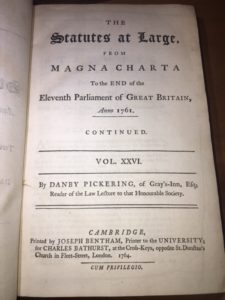 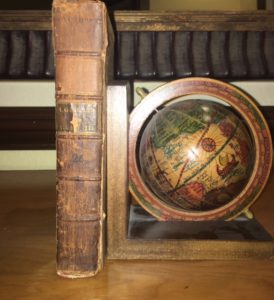