An Introduction to the Doctrine of Executive Privilege

In the following incidents described in Part II, President Washington carefully considered the application of executive privilege with his Cabinet, mindful of the precedents that he would be establishing: 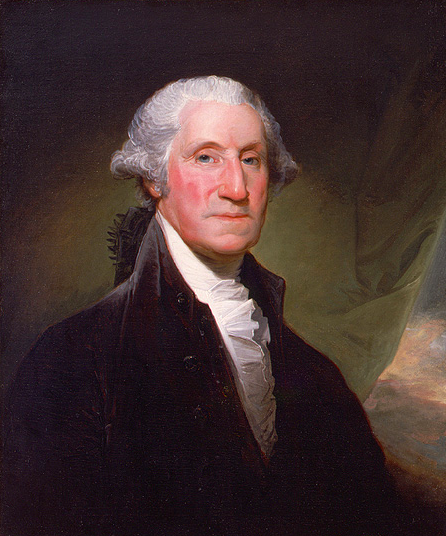 A third post, Executive Privilege (Part III), will discuss two of the most important judicial decisions addressing executive privilege. In the 1807, former Vice President Aaron Burr was accused of treason. In the case of U.S. v. Burr, Chief  Justice John Marshall, sitting as a trial judge, held that presidents were not exempt from complying with lawful subpoenas. President Jefferson disagreed with Marshall’s decision, but “voluntarily” released White House correspondence subpoenaed by Aaron Burr’s criminal defense lawyers. When the subpoenaed records were released, the jury found Aaron Burr not guilty.

The Constitution is silent regarding the ability of the courts (or Congress) to obtain records or testimony from the executive branch. Likewise, the Constitution does not explicitly identify an executive privilege to withhold documents or information from Congress. Yet, both of these prerogatives are logically implied from express powers.

The Congressional power to legislate/conduct oversight implies that Congress may seek records from the Executive branch. Similarly, the judicial power vested in the courts presumes that no branch is above the law.

At the same time, the principle of separation of powers implies that the Executive branch can resist unwarranted encroachments by other branches. Thus, executive privilege, by definition, implicates a conflict and give and take between co-equal branches of government.

As described by Watergate Special Prosecutor Archibald Cox, “Interaction, not independence, has historically been characteristic of the operation of the three branches of our government.” Justice Jackson’s opinion in the Youngstown steel seizure case similarly recognized that the constitution “enjoins upon its branches separateness but interdependence, autonomy but reciprocity.” For Justice Brandeis, the doctrine of separation of power was adopted “not to promote efficiency but to preclude the exercise of arbitrary power.” In other words, the framer’s purpose when crafting the constitution was “not to avoid friction,” but to invite it as a bulwark against autocracy, “by means of the inevitable friction incident to the distribution of governmental powers among three branches.”

For Cox, the issue of executive privilege can be distilled as follows:

The Judicial Branch, when it needs evidence, should have the power to obtain it. The Legislative Branch, when it needs information in order to perform its duties, should also have power to obtain it. Yet the Executive, when disclosure of information will impede the performance of its duties, should have power to withhold it. The third inference cuts across the first and second. In any given situation either the first or second, or the third, must yield. The questions are: (1) who, if anyone, shall decide which shall yield and when it shall yield; and (2) on what basis shall the decision, if any, be rendered.

In his Farewell Address in 1796, Washington summarized the doctrine of separation of powers. Among other things, Washington emphasized the need for each branch to avoid encroaching upon the “respective constitutional spheres” of the other co-equal branches:

It is important, likewise, that the habits of thinking in a free country should inspire caution in those entrusted with its administration, to confine themselves within their respective constitutional spheres, avoiding in the exercise of the powers of one department to encroach upon another. The spirit of encroachment tends to consolidate the powers of all the departments in one, and thus to create, whatever the form of government, a real despotism. A just estimate of that love of power, and proneness to abuse it, which predominates in the human heart, is sufficient to satisfy us of the truth of this position. The necessity of reciprocal checks in the exercise of political power, by dividing and distributing it into different depositaries, and constituting each the guardian of the public weal against invasions by the others, has been evinced by experiments ancient and modern; some of them in our country and under our own eyes.

The term “Executive Privilege” was first used during the Eisenhower Administration when President Eisenhower resisted Senator Joseph McCarthy’s investigation of communism in the U.S. military. In a letter dated May 17, 1954 to Secretary of Defense Charles Wilson, Eisenhower instructed his staff not to testify, claiming the right to protect internal Executive Branch deliberations as follows:

Because it is essential to efficient and effective administration that employees of the Executive Branch be in a position to be completely candid in advising with each other on official matters, and because it is not in the public interest that any of their conversations or communications, or any documents or reproductions, concerning such advice be disclosed, you will instruct employees of your Department that in all of their appearances before the Subcommittee of the Senate Committee on Government Operations regarding the inquiry now before it they are not to testify to any such conversations or communications or to produce any such document or reproductions. This principle must be maintained regardless of who would be benefited by such disclosures.

In sum, executive privilege can be defined as an implied right of the President and high-level executive branch officials to withhold information from Congress and the courts in appropriate circumstances. The right is qualified, not absolute and has evolved over time as the result of give and take between the branches.

Executive privilege is most forcefully asserted when necessary to protect sensitive information relating to national security. It is also regularly invoked to protect the privacy of White House deliberations, in appropriate circumstances. More often than not, issues of executive privilege are negotiated between Congress and the President, without resort to the courts. If efforts at good faith accommodation between the branches fail and executive privilege is appealed to the courts, the doctrine is at its weakest when used to resist a “demonstrated, specific need for evidence” in a pending criminal trial or impeachment proceeding.

David Scott Warner: Executive Privilege and the Spirit of Republicanism in the Washington Administration (2014)

The Power of the President to Withhold Information from the Congress (Senate Judiciary Committee, 1958)