The continental navy, originally created in 1775, was disbanded after the Revolutionary War. The United States Navy was re-established by President Adams with the creation of the Department of the Navy along with the new cabinet level Secretary of the Navy. The Secretary of the Navy’s duties included procurement of naval stores and materials, construction, armament, and employment of vessels of war.

At the time, the War Department was responsible for naval operations but recognized that it lacked expertise in building, equipping or directing the new fleet that would be necessary to resist French attacks on American shipping.

President Adams appointed Benjamin Stoddert as the first Secretary of the Navy. Stoddert was a Maryland merchant who had served as secretary of the Continental Board of War during the American Revolution. During the Battle of Brandywine Stoddert distinguished himself in battle but was seriously injured.

Prior to the establishment of the Navy Department in 1798 as a separate cabinet department, the Navy was administered under the War Department. With the prior passage of the Naval Act of 1794 construction had begun on six frigates: the USS United States, President, Constellation, Chesapeake, Congress and Constitution (“Old Ironsides” which saw battle during the War of 1812). The Constitution is pictured below. The legendary ship was undefeated in battle after 33 naval encounters. 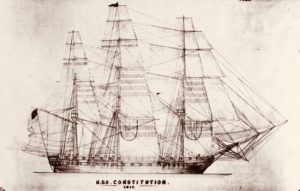 As the United States geared up for a possible war with France, the federalists created the Navy, Marines, and a new standing army. The quasi war with France, which involved naval hostilities in the Caribbean between privateers and merchant ships, was resolved by the Treaty of Mortfontaine, otherwise known as the Convention of 1800.

The Naval Armament Act (1 Stat. 552) authorized the President to build, purchase or hire up to 12 navel vessels. The ships were to be outfitted with as many as 21 guns. The Act further provided for the President to appoint officers for said vessels to be used in the nation’s defense, as the country was bracing for war with France.

Pictured below is Benjamin Stoddert, the first Secretary of the Navy. 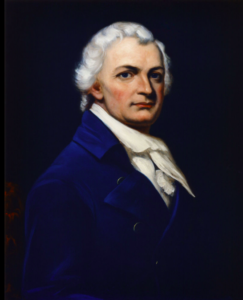 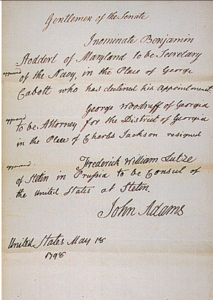 Click here for a link to the Act Establishing the Navy 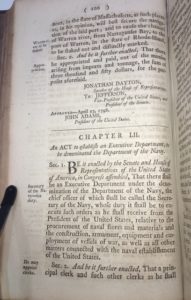 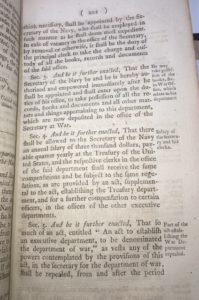 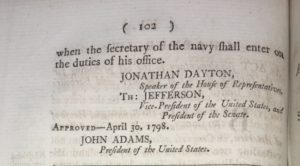 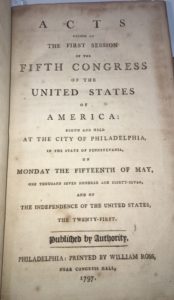 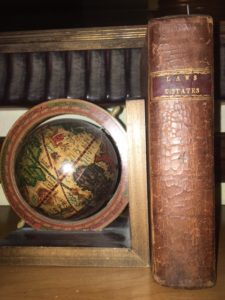