When Parliament repealed the Stamp Act, it reaffirmed its authority to pass direct taxation through the simultaneous adoption of the Declaratory Act. Parliament declared that it had the  “full power and authority to make laws and statutes of sufficient force and validity to bind the colonies and people of America … in all cases whatsoever.”

In Section II below, the Declaratory Act also declared null and void the Declaration of Rights and Grievances of the colonial Stamp Act Congress of 1765.

Whereas an Act was passed in the last session of Parliament entitled, An Act for granting and applying certain stamp duties, and other duties in the British colonies and plantations in America towards further defraying the expenses of defending, protecting, and securing the same; and for amending such parts of the several Acts of Parliament relating to the trade and revenues of the said colonies and plantations as direct the manner of determining and recovering the penalties and forfeitures therein mentioned; and whereas the continuance of the said Act would be attended with many inconveniencies, and may be productive of consequences greatly detrimental to the commercial interests of these kingdoms; may it therefore please your most excellent Majesty that it may be enacted; and be it enacted by the king’s most excellent Majesty, by and with the advice and consent of the Lords Spiritual and Temporal, and Commons, in this present Parliament assembled, and by the authority of the same, that from and after the first day of May, one thousand seven hundred and sixty-six, the above-mentioned Act, and the several matters and things therein contained, shall be, and is and are hereby repealed and made void to all intents and purposes whatsoever.

II. And be it further declared and enacted by the authority aforesaid, That all resolutions, votes, orders, and proceedings, in any of the said colonies or plantations, whereby the power and authority of the parliament of Great Britain, to make laws and statutes as aforesaid, is denied, or drawn into question, arc, and are hereby declared to be, utterly null and void to all in purposes whatsoever.

Here is a link to the Declaration of Rights and Grievances by the Stamp Act Congress held between October 7 and October 25, 1765 in Federal Hall in New York City:

The repeal of the Stamp Act only prolonged the inevitable, when Britain reimposed new taxes on imported good under the Revenue Act of 1767 (the first of the Townshend Acts).

Yet, whether or not the tax was internal or external, the colonists resented any taxation without representation.  The increasingly unified colonies and the relationships established by the Stamp Act Congress and the Sons of Liberty would be deployed again to resist the Townshend Acts in 1767.

Click here for a discussion of the Stamp Act of 1765.

Click here for a discussion of the Tea Act of 1773.

Click here for a discussion of the Boston Harbor Act of 1774. 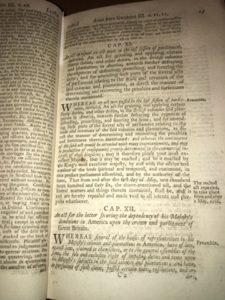 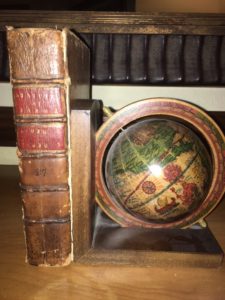 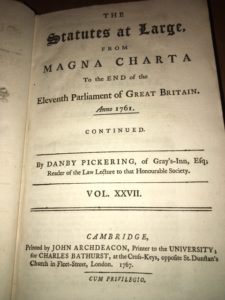