[Reprinted in the Debates and Proceedings of the Congress of the United States by Jospeh Gales, 1834]

As the first Secretary of Treasury, Alexander Hamilton was asked in September of 1789 to submit a report to the first Congress on the unpaid revolutionary war debt. During the Congressional recess he produced a fully developed plan that would serve as the underpinning of our modern financial system. 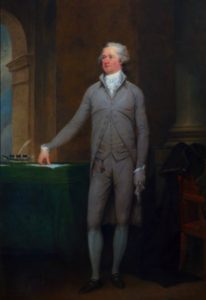 Hamilton was not content to merely report on the revolutionary war debt as requested by Congress. He took the initiative to propose a mechanism to repay all federal debt of approximately $30 million, along with the “assumption of” state debt of approximately $21.5 million. Hamilton reasoned that the states had shouldered much of the cost of the war and thus the federal government should pay off these state obligations incurred during the war. He also recommended a reliable system to securitize and restructure federal debt at par (face) value, and a comprehensive banking, mint and taxation program to implement his fully integrated financial plan. Hamilton would also propose the encouragement of manufacturing through a system of protective tariffs.

The copy of the First Report on the Public Debt pictured below was published in 1834 by Joseph Gales in the Debates and Proceedings in the Congress of the United States, with an appendix containing important state papers, including the Bill of Rights.

The two volume set contains all Congressional debates and state papers during the First Congress, lasting from March 3, 1789 to March 3, 1791.

Link: Click here for a link to Hamilton’s Report on the Public Credit. 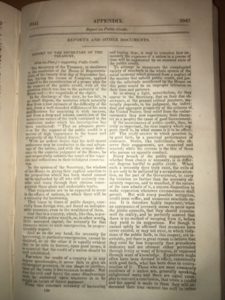 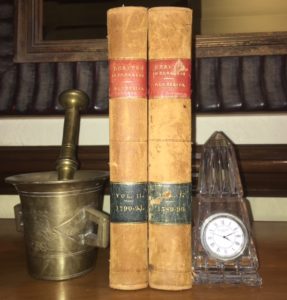 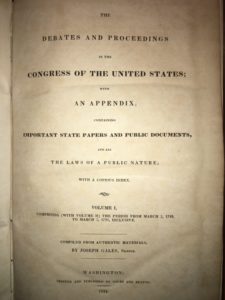 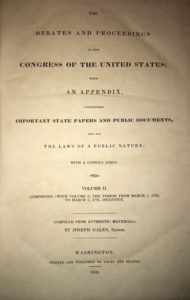