“An Act for making more effectual Provision for the Government of the Province of Quebec in North America.”

The Quebec Act was an attempt by Britain to gain the loyalty of the Catholic, French-Canadian, population of Quebec. While it was separately enacted following the adoption of the four Coercive Acts, the colonists understood the Act to be part and parcel of the British effort to extinguish representative government in the colonies. Click here to a link to the Boston Habour Act, the first of the Coercive Acts.

The Quebec Act: 1) extended the boundaries of Quebec’s borders south to the Ohio River and west to the Mississippi  River; 2) recognized Roman Catholicism as Quebec’s official religion; 3) granted wide ranging powers to Canada’s appointed governors without any legislative oversight; and 4) re-instated French civil law, which did note use jury trials, in place of British law. Click here for a link to the text of the Act.

The Declaration of Independence specifically cited the Coercive Acts, including the Quebec Act, in the list of twenty-two grievances justifying separation from England. As described by the Declaration of Independence, King George and the Quebec Act were responsible for “abolishing the free System of English Laws in a neighbouring Province, establishing therein an Arbitrary government, and enlarging its Boundaries so as to render it at once an example and fit instrument for introducing the same absolute rule into these Colonies.”

Background: Britain captured Canada from France during the French and Indian War (also known as the Seven Years War). By adopting the Quebec Act, Parliament hoped to ease strains that had arisen in Canada, which was a former French colony. Arguably, the Quebec Act was well intentioned legislation that was welcomed in Quebec. Nevertheless, to the American colonists, the Quebec Act was a direct threat.

By formally recognizing Catholicism as Quebec’s official religion, Britain alienated the largely Protestant American colonies. Many associated Catholicism with European despotism. Moreover, many colonists were already alarmed over rumors that the Church of England would appoint an American bishop with authority over all protestant denominations. Viewed in this context, the Quebec Act threatened to jeopardize religious freedom along with the threat to self government posed by the Coercive Acts.

The Act’s dramatic extension of Quebec’s territory undermined colonial claims on western lands. More troubling was the fact that the Quebec Act and the Coercive Act provided a possible blueprint for eliminating representative self-government in all the colonies: Parliament would begin by revoking colonial charters (the Massachusetts Government Act) and imposing appointed Governors as in Quebec. Under the Quartering Act and Administration of Justice Act, British troops would be available to enforce martial law. After the loss of their elected assemblies, the colonies feared that extension of the Quebec Act to the colonies could lead to their loss of the right to trial by jury and freedom of religion. 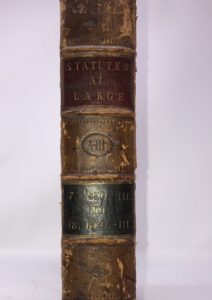 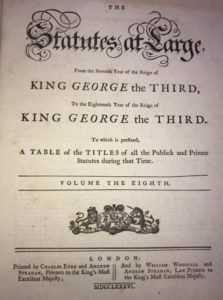 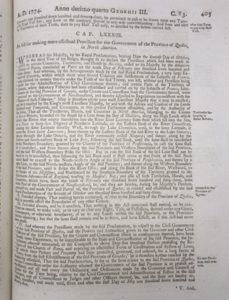 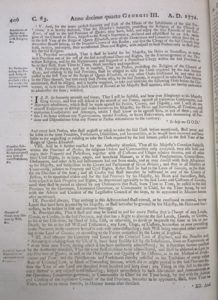 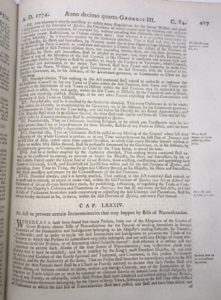