The Intersection of Impeachment and the Pardon Power

In particular, how did the founders of the Constitution understand the role of Presidential pardons? What are the limits on the power of Congress to check the President with impeachment at the end of a Presidential term?

Among the issues facing Congress are the following controversial questions which are not directly addressed by the Constitution’s text:

While these questions are not directly addressed by the Constitution, its well documented drafting history and the subsequent ratification debates offer answers.

The President’s plenary power to grant pardons is mentioned in a single short clause in Article II of the Constitution. Importantly, the same sentence limits the pardon power in cases of impeachment.

The President…shall have Power to grant Reprieves and Pardons for Offenses against the United States, except in Cases of Impeachment. (Art. II, §2)

The Congressional power of impeachment is mentioned several times in Article I (establishing the Legislative Branch).

The House of Representatives shall chuse their Speaker and other Officers; and shall have the sole Power of Impeachment. (Art. I, §2)

The Senate shall have the sole Power to try all Impeachments. When sitting for that Purpose, they shall be on Oath or Affirmation. When the President of the United States is tried, the Chief Justice shall preside: And no Person shall be convicted without the Concurrence of two thirds of the Members present. (Art. I, §3)

Judgment in Cases of Impeachment shall not extend further than to removal from Office, and disqualification to hold and enjoy any Office of honor, Trust or Profit under the United States: but the Party convicted shall nevertheless be liable and subject to Indictment, Trial, Judgment and Punishment, according to Law. (Art. I, §3)

The President…shall have Power to grant Reprieves and Pardons for Offenses against the United States, except in Cases of Impeachment. (Art. II, §2)

The President, Vice President and all civil Officers of the United States, shall be removed from Office on Impeachment for, and Conviction of, Treason, Bribery, or other high Crimes and Misdemeanors. (Art. II, §4)

The Trial of all Crimes, except in Cases of Impeachment; shall be by Jury; and such Trial shall be held in the State where the said Crimes shall have been committed; but when not committed within any State, the Trial shall be at such Place or Places as the Congress may by Law have directed. (Art. III, §2)

In Federalist 74, Alexander Hamilton addressed the “Pardoning Power of the Executive.”

On the one hand, Hamilton indicated that “[h]umanity and good policy conspire to dictate, that the benign prerogative of pardoning should be as little as possible fettered or embarrassed.”

Yet, Hamilton acknowledged the possibility that a President might conspire against the United States:

As treason is a crime levelled at the immediate being of the society, when the laws have once ascertained the guilt of the offender, there seems a fitness in referring the expediency of an act of mercy towards him to the judgment of the legislature. And this ought the rather to be the case, as the supposition of the connivance of the Chief Magistrate ought not to be entirely excluded.

Hamilton was especially concerned with seditious behavior. Having lived through the tumult of the period preceding the American Revolution he understood the dangers of mob violence. He specifically referenced Shay’s Rebellion which occurred in Massachusetts in the year preceding the Constitutional Convention:

It deserves particular attention, that treason will often be connected with seditions which embrace a large proportion of the community; as lately happened in Massachusetts. In every such case, we might expect to see the representation of the people tainted with the same spirit which had given birth to the offense. And when parties were pretty equally matched, the secret sympathy of the friends and favorers of the condemned person, availing itself of the good-nature and weakness of others, might frequently bestow impunity where the terror of an example was necessary.

Hamilton evaluated the reasons for granting the pardon power to Congress versus a singular chief executive. Ultimately he concluded that vesting the pardon power with a President was justified as the chief executive could act decisively “when a well timed offer of pardon to the insurgents or rebels may restore the tranquillity of the commonwealth”:

But the principal argument for reposing the power of pardoning in this case to the Chief Magistrate is this: in seasons of insurrection or rebellion, there are often critical moments, when a well timed offer of pardon to the insurgents or rebels may restore the tranquillity of the commonwealth; and which, if suffered to pass unimproved, it may never be possible afterwards to recall. The dilatory process of convening the legislature, or one of its branches, for the purpose of obtaining its sanction to the measure, would frequently be the occasion of letting slip the golden opportunity. The loss of a week, a day, an hour, may sometimes be fatal.

As described by Constitutional scholar Akhiln Reed Amar, President Washington would in fact closely follow Hamilton’s “vivid script” when countering the Whiskey Rebellion in 1794. Abraham Lincoln also used the pardon power following the Civil War to offer reprieve to all but the highest ranking Confederate officers.

In Federalist 69 Hamilton compared the power of the President to issue pardons with the governor’s broader pardon power in New York. As observed by Hamilton, “[t]he governor of New York may pardon in all cases, even in those of impeachment, except for treason and murder.” By contrast, Article II, Section 2 of the Constitution limits the pardon power in cases of impeachment:

A President of the Union, on the other hand, though he may even pardon treason, when prosecuted in the ordinary course of law, could shelter no offender, in any degree, from the effects of impeachment and conviction.

At the Virginia Ratification Convention, some of the most influential Americans deliberated over the adoption of the Constitution. For example, Federalists James Madison and John Marshall were aligned against Anti-Federalists Patrick Henry and George Mason. 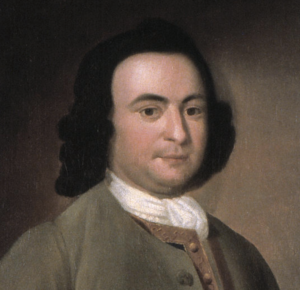 Mason was perhaps one of the most ardent opponents of the pardon power. In what some describe as a prescient prediction on June 18, 1788 Mason warned that:

I conceive that the President ought not to have the power of pardoning, because he may frequently pardon crimes which were advised by himself. It may happen, at some future day, that he will establish a monarchy, and destroy the republic. If he has the power of granting pardons before indictment, or conviction, may he not stop inquiry and prevent detection? 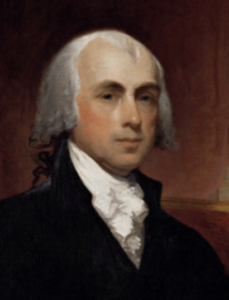 Madison, the “father” of the Constitution, replied to Mason’s objection on June 18. According to Madison, impeachment was the check against a seditious President:

There is one security in this case to which gentlemen may not have adverted: if the President be connected, in any suspicious manner, with any person, and there be grounds to believe he will shelter him, the House of Representatives can impeach him; they can remove him if found guilty.

Madison and Mason no doubt were contemplating the following exchange that occurred at the Constitutional Convention almost a year earlier on July 20, 1787:

Mr. P[inckney] observd. he ought not to be impeachable whilst in office

Mr. Davie. If he be not impeachable whilst in office, he will spare no efforts or means whatever to get himself re-elected. He considered this an essential security for the good behaviour of the Executive.

Mr. Wilson concurred in the necessity of making the Executive impeachable whilst in office. Mr. Govr. Morris. . . . In case he should be re-elected, that will be sufficient proof of his innocence. . . .

Col. Mason. No point is of more importance than that the right of impeachment should be continued. Shall any man be above Justice? . . . One objection agst. [the Electoral College] was the danger of their being corrupted by the Candidates: & this furnished a peculiar reason in favor of impeachments whilst in office. Shall the man who has practised corruption & by that means procured his appointment in the first instance, be suffered to escape punishment, by repeating his guilt?

Alexander Hamilton was one of the founders who introduced his own plan of government at the Constitutional Convention. Neither the more famous New Jersey nor Virginia plans contained a Presidential pardon power. Hamilton, Charles Pinckney and John Rutledge succeeded in adding the pardon power into the Constitution.

Hamilton’s June 18, 1787 plan would have limited the pardon power, however, “to all offenses but treason.” In cases of treason, Hamilton would have required the “approbation of the Senate.” Hamilton’s suggestion was rejected as the Constitution granted the President a virtually unlimited pardon power, “except in cases of impeachment.”

Virginia Governor Edmund Randolph similarly wanted to restrict pardons in cases of treason. Mason agreed with Randolph and seconded his motion to “except cases of treason.” James Wilson argued that Presidential pardons were “necessary for cases of treason, and is best placed in the hand of the Executive.” According to Wilson, if the President were “himself a party to the guilt he can be impeached and prosecuted.” Randolph’s proposal to exclude treason was rejected by a vote of eight states to two on September 15, in the closing days of the Convention.

The fact that the framers specifically excluded treason from the pardon power suggests that the founders purposely relied on the critical ability of Congress to check the President through impeachment.

Neither the Constitution nor two hundred and thirty years of Supreme Court decisions directly address the question of self pardon by a President. In a Memorandum dated Aug. 5, 1974  – less than a week before President Richard Nixon resigned – Assistant Attorney General Mary Lawton concluded that “[u]nder the fundamental rule that no one may be a judge in his own case, the President cannot pardon himself.”

While the Office of Legal Counsel Memorandum did not find authority for self pardons, Lawton discussed two work-arounds for Nixon: (i) Congress could pardon the President, or (ii) the Vice President could become the acting president under the 25th Amendment and the Vice President could then pardon him. Of course, neither took place. Instead, President Ford elected to pardon Nixon after he had resigned.

This post will be continued in Part II (pending)

Pardons and Reprieves (Center for the Study of the American Constitution)

Ex Parte Garland, 71 U.S. 333 (1866) (holding that with the exception of impeachment, the President’s pardon power is “unlimited”)

Connecticut Bd. of Pardons v. Dumschat, 452 U.S. 458 (1981) (indicating that pardons “have not traditionally been the business of courts; as such, they are rarely, if ever, appropriate subjects for judicial review”)

An Unprecedent Constraint on the President’s Pardon Power, Aaron Rappaport, 52 Conn. Law Rev. 271 (arguing that the pardon must list the specific crimes being pardoned)