After John Adams’ defeat in the bitter election of 1800, the Federalists passed the Judiciary Act of 1801 in an effort to restrain newly elected President Jefferson and the Republicans. President Adams signed the Act into law less than three weeks before the end of his term. The Act provided for significant expansion and reorganization of the federal judiciary.

At the highest level, the Act decreased the number of U.S. Supreme Court justices from 6 to 5. As a result, Jefferson would be denied an appointment until two vacancies occurred on the Supreme Court. At the same time, the Act increased the number of lower federal trial (district) courts to twenty-one; established six regional (circuit) courts of appeal; and created additional appointments for federal marshals, attorneys, clerks and bailiffs.

In his remaining days in office, Adams made hundreds of appointments which were approved by the lame duck Federalist Congress. By appointing Secretary of State John Marshall as Chief Justice, Adams expected that Federalists judges would be able to serve as a check on the Republicans. Adams used his final hours in office to process the paperwork for his new appointments, which could not take effect until the commissions were delivered to these last-minute “midnight judges.”

When Jefferson was sworn in as President on March 4, 1801, several of the commissions had not yet been delivered. Jefferson instructed his new Secretary of State, James Madison, not to deliver the commissions. A Federalist appointee, William Marbury, brought suit seeking a writ of mandamus to compel certification of his commission as justice of the peace of Washington, D.C.  Click here to read about the office of justice of the peace and the history of justice of the peace manuals. The resulting landmark case of Marbury v. Madison helped establish the principle of judicial review. While Chief Justice Marshall ruled in favor of Madison and refused to require issuance of the writ of mandamus, Marshall held that the mandamus provisions in Section 13 of the Judiciary Act of 1789 were unconstitutional. By so holding, Marshall recognized the authority of the courts to strike down unconstitutional laws.

To be sure, not all of the reforms in the Judiciary Act of 1801 were based on a calculated political effort to check the Republicans. The first version of the Act was introduced prior to the election of 1800. Indeed, as early as 1790, the Attorney General had expressed concern that circuit court judges should not be ruling on appeals that they had decided in trial court. It was also true that some expansion of the federal judiciary was appropriate to address the time commitment and difficulties of “circuit riding” for the limited number of federal judges. It is clear, however, that the Judiciary Act of 1801 went well beyond the need to address complaints from overworked and under resourced federal judges.

Background: During the 1790s no Republicans were appointed to the federal bench by Washington or Adams. On that basis alone, newly elected President Jefferson should have expected tension with the Federalist judiciary. Moreover, the Federalists and Republicans disagreed over the underlying structure and jurisdiction of the federal courts. The original Judiciary Act of 1789 had involved a compromise between a dominant federal judiciary and independent state courts with the ability to exercise concurrent federal jurisdiction.

The authors of the Judiciary Act of 1789 were mindful that many feared that a powerful and independent federal judiciary might threaten state courts and restrict civil liberties. These fears were validated when the Alien and Sedition Acts were enforced by federal judges.

The Judiciary Act of 1789 was thus a compromise between existing state and new federal judicial authority. The adoption of the Judiciary Act of 1789 occurred against the backdrop of the ratification of the Bill of Rights and concern over individual and state rights. Accordingly, under the 1789 Act state courts were granted concurrent jurisdiction over many issues of federal law (federal question jurisdiction). Federal courts were also required by the 1789 Act to select juries using state procedures. Defendants were guaranteed the right to trial in their home federal district. Moreover, by establishing a high dollar value for federal diversity jurisdiction, small debtors were protected from being forced to travel to a distant federal court. 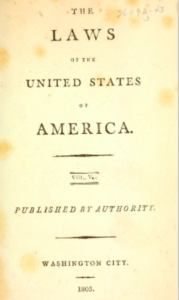 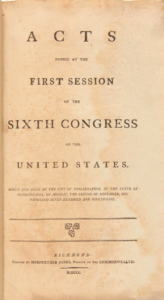 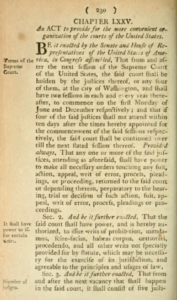 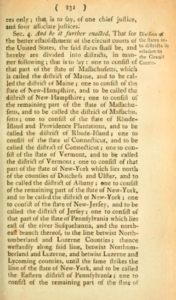 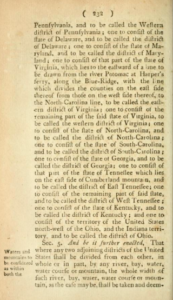