Passed by the 20th Congress, the Tariff of Abominations raised import duties to as high as 50% for a wide variety of imported goods, including clothing, wool and iron. The bill was supported by Northern and Western manufacturing interests but was deeply opposed in the South.

Tariffs (taxes on imports) had been around since the first tariff was proposed by Alexander Hamilton. In addition to raising revenue, tariffs also helped domestic manufacturers compete against cheaper British products.

The Tariff of Abominations proposed to raise duties on both manufactured goods and raw materials required in the North. The bill was introduced on the expectation that it would be voted down embarrassing President John Quincy Adams, but New England Congressmen voted for it anyway. The bill passed 105-94. At the time, the presidential veto was only deemed appropriate for unconstitutional laws and President Adams signed it into law.

The resulting political upheaval led to the election of President Andrew Jackson in 1828. Vice President John C. Calhoun proposed that South Carolina could nullify the tariff on the grounds that it violated the constitution by treating some parts of the country differently than other parts.

Calhoun resigned and South Carolina declared the Tariff null and void inside its borders. President Jackson sought Senate authorization to use military force, which was rejected by the House Judiciary Committee.

Henry Clay formulated a comprise tariff that passed Congress along with the bill authorizing the use of force. The union was preserved, but the seeds of secession had been planted.

Madison, still alive at the time, wrote prophetically in “Advice to My Country” that the Union “should be cherished and perpetuated. Let the open enemy to it be regarded as a Pandora with her box opened; and the disguised one, as the Serpent creeping with his deadly wiles into paradise.” 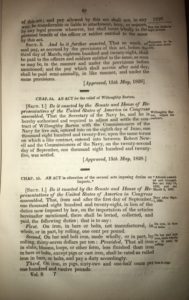 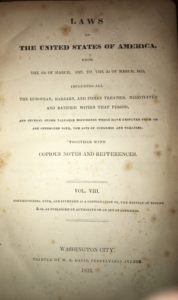 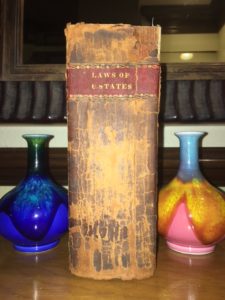