In 1842, the Supreme Court heard the case of Edward Prigg, a Maryland bounty hunter who was convicted of kidnapping in Pennsylvania for capturing a runaway slave. Based on principles of federal supremacy, the Court ruled in Priggs’ favor holding that federal law superseded conflicting state laws that attempted to interfere with the Fugitive Slave Act. Nevertheless, Justice Joseph Story opened a loophole in the Act by ruling that that individual states were not obligated to assist in the recapture of runaway slaves. According to the opinion in Prigg v. Pennsylvania, the Northern states were not required to carry out the “duties of the national government” under the Fugitive Slave Act of 1793.

The Vermont Personal Liberty law provided, among other things, that:  no person within the state shall be considered property; no person should be deprived of liberty without due process of law; and provided trial by jury.

When South Carolina seceded from the Union following Lincoln’s election, these Northern Personal Liberty Laws were among the justifications cited in the South Carolina Declaration of Causes of Secession, adopted on December 20, 1860.

The bitter northern – southern split over slavery and runaway slaves continued to widen as Congress reacted to the Personal Liberty Laws by passing the stricter Fugitive Slave Act of 1850. Congressional representatives from the South insisted on the 1850 Act as part of the highly controversial Compromise of 1850. The acts that were included in the 1850 horse trading were intended to avert a Civil War, but only delayed the Civil War for a decade until Lincoln’s election in 1860.

The Fugitive Slave Act of 1850 was adopted on September 18, 1850 (9 Stat 462-465) and strengthened the 1793 Act as follows: 1) by providing for appointment of federal commissioners to conduct hearings, issue arrest warrants, and prepare “certificates of return”; 2) providing for payment to the commissioner of $5 for rejecting a slaveholder’s claim, but $10 for returning a slave; 3) imposing fines (up to $1,000) and 6 months imprisonment for any person harboring a fugitive slave or aiding their escape; 4) denying fugitive slaves the right of a jury trial or the right to testify in their own behalf; and 5) by removing runaway slave cases from the jurisdiction of unreliable northern states.

The Fugitive Slave Acts were repealed on June 28, 1864. The adoption of the Thirteenth Amendment finally outlawed slavery.

New Hampshire’s Act to secure freedom and the rights of citizenship to persons in this State.

Copied below are examples of Vermont’s Personal Liberty law: 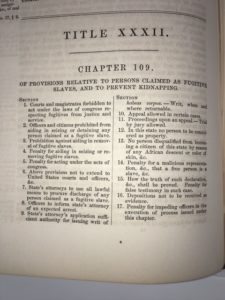 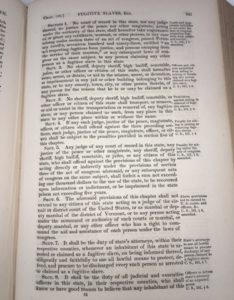 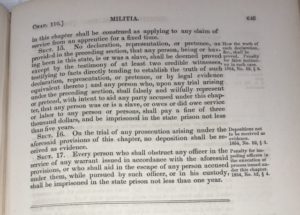 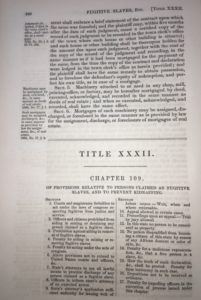 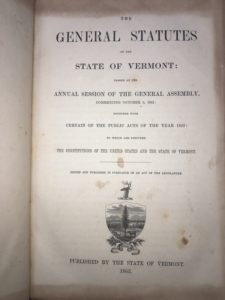 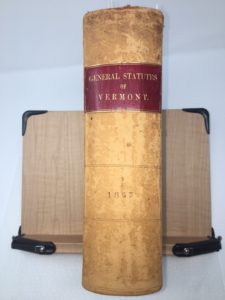